“Poetry is an Echo, asking a Shadow to Dance.” – Carl Sandburg

Instead of trying to figure out what this quote actually means, it might be better to just appreciate it for the words themselves and how it plays out in your head.

Sound and light dancing together. You know? The pure rhetoric of it? Or is that just an enigma wrapped up in a connundrum.

Carl Sandburg was widely regarded as “a major figure in contemporary literature”, especially for volumes of his collected verse, including Chicago Poems (1916), Cornhuskers (1918), and Smoke and Steel (1920). 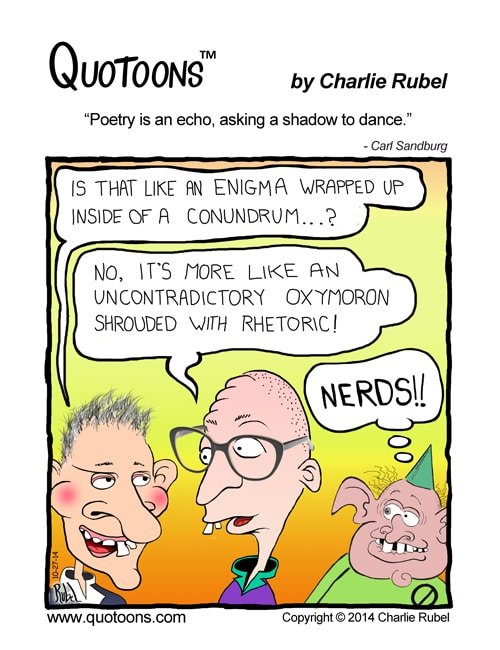 "Poetry is an Echo, asking a Shadow to Dance." - Carl Sandburg
Previous Quotoon
Next Project