Perhaps the meaning of this quote is you can always find something good, even if things seem a bit gloomy. You just gotta hope you hear music that you like. Music to some people is not music to others. Noise comes to mind.

Jean Paul, was real name was Johann Paul Friedrich Richter, was German novelist and humorist whose works were immensely popular in the first 20 years of the 19th century.  Jean Paul’s writing bridged the shift in literature from the formal ideals of Weimar Classicism to the intuitive transcendentalism of early Romanticism.

What does cacophony mean? 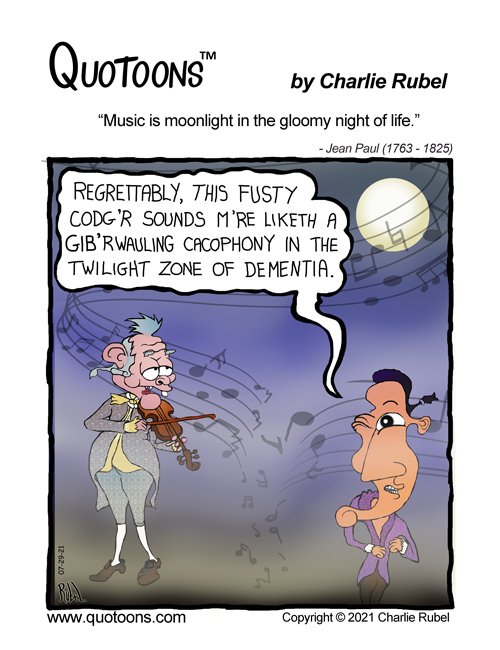