“To err is human, to forgive is divine.” Alexander Pope

Alexander Pope (21 May 1688 – 30 May 1744) was an English poet and satirist of the Augustan period and one of its greatest artistic exponents. Considered the foremost English poet of the early 18th century and a master of the heroic couplet, he is best known for satirical and discursive poetry, including The Rape of the Lock, The Dunciad, and An Essay on Criticism, and for his translation of Homer. [ Source: Wikipedia ]

This particular quote was taken from An Essay on Criticism. It basically infers that all people commit sins and make mistakes. God forgives them, and people are acting in a godlike (divine) way when they forgive.

The question that begs in this comic is, “How stupid can someone be and still be forgiven?” or “How much of an idiot can you be to forgive someone that is so stupid?”.

Are there limitations on God’s ability to forgive? 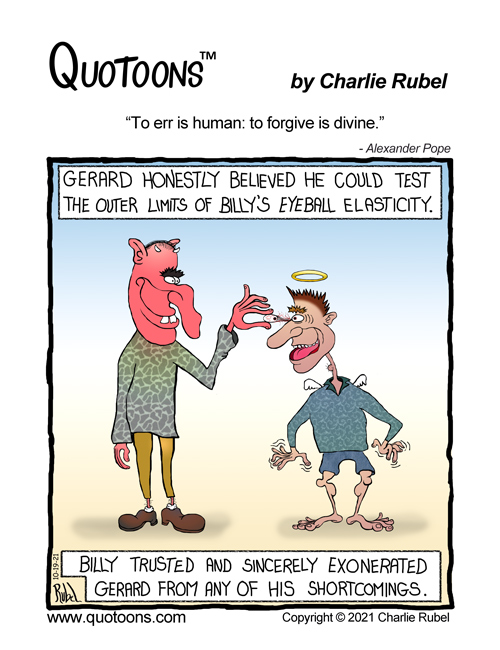 To err is human, to forgive is divine. - Alexander Pope